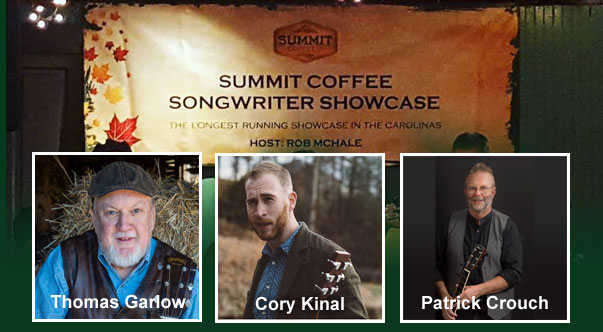 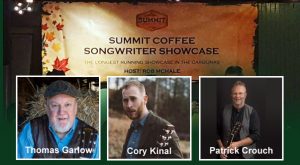 Summit Coffee, 128 South Main Street in Davidson, North Carolina is proud to present another session of the Summit Songwriter Showcase on March 12 at 7PM.

Thomas Garlow will be sub-hosting for regular host Rob McHale at the monthly Summit Coffee Songwriter Showcase. He will be sharing the stage with two of his favorite songwriters, Patrick Crouch and Cory Kinal. Patrick is a seasoned, multi-instrumentalist and performer, producer and songwriter. Never a dull moment with Patrick on stage. Cory is raw American. A powerful, upcoming songwriter with a big bucket of great songs. Soundman Phil Murphy delivering the goods. 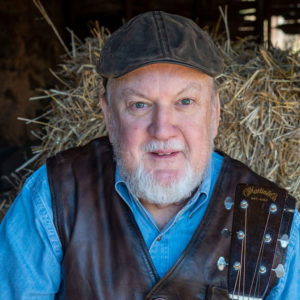 An award winning, national recording artist and a baby boomer, born in the hills of West Virginia, Thomas Garlow now lives in the mountains of western North Carolina.

Acclaimed for his mastery of the guitar, his style has been described as smooth and powerful. He has been heavily influenced by his Appalachian roots and his experiences on the rural farms of eastern North Carolina. His seasoned vocals and home-spun story telling, bring a subtle but “straight to the heart” strength and intimacy to his performances. 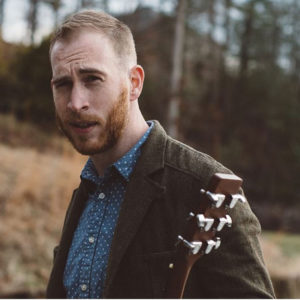 Cory Kinal prides himself on the simplicity of his music and the pure emotion of his lyrics bringing his musical influences together from bluegrass and folk festivals in Western New York and Pennsylvania to a small punk venue in Missouri where he first started playing his music on stage. His songs exemplify life, not always at its greatest moments but at its most authentic. Cory is currently playing across Western North Carolina with his Americana band Sycamore Bones. 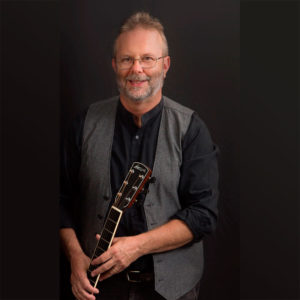 Patrick Crouch is a musician who lives in Caldwell County. He has been composing and performing original music for over fifty years. His “Carolina Waltz” was featured on the 2013 International Bluegrass Music Association Songwriter’s Showcase in Raleigh, NC. He performs regularly on the Tucker’s Barn Singer/Songwriter Series in Lenoir, NC and on the Blue Ridge Mountain Club Songwriter Series in Blowing Rock, NC. Whether performing solo, as a duo with Kay Crouch or Jack Lawrence, in the Strictly Clean and Decent trio or the Red Rocking Chair band, Patrick includes his original material.

Previous: Music and Such Magazine