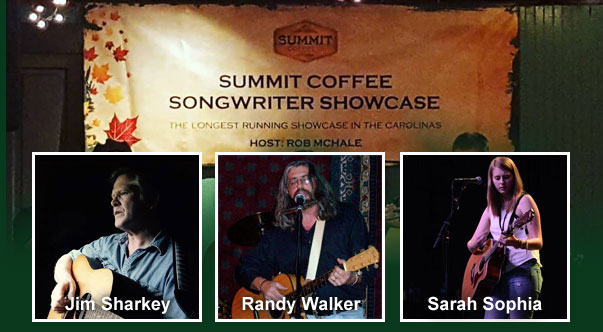 Summit Coffee, 128 South Main Street in Davidson, North Carolina is proud to present another session of the Summit Songwriter Showcase on Thursday, June 13, 2019 at 7PM. This month’s event will feature performances by Jim Sharkey, Randy Walker, and Sarah Sophia ‘in the round’, with sound man Phil Murphy delivering the goods. 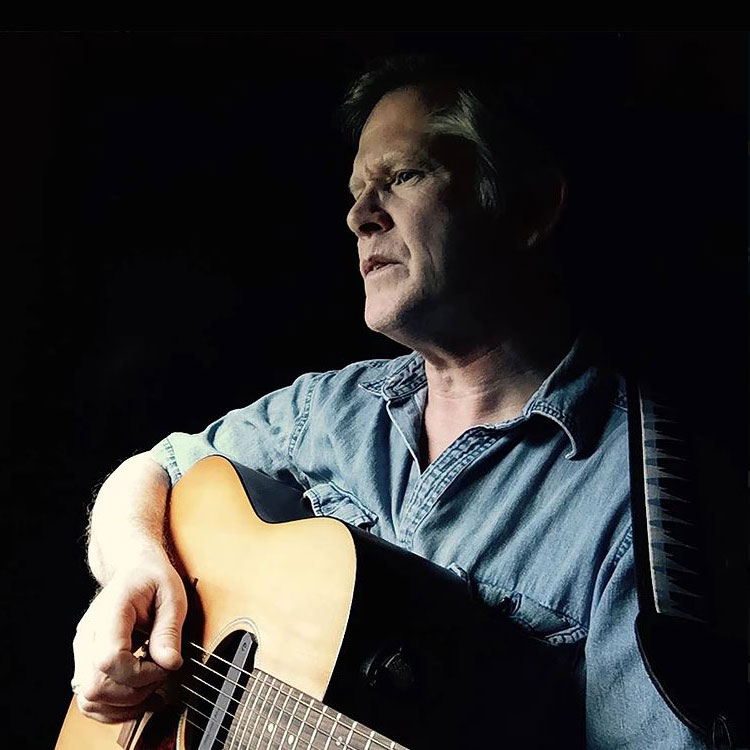 Jim Sharkey
web site
Singer-songwriter Jim Sharkey is an Irish and Americana folk musician whose original songs blend Celtic traditional ballad influences with contemporary issues that are often set in the area he resides. Jim grew up in County Roscommon, Ireland, and came to the US in 1982 when he joined the US Navy in London, England. His compositions are much like the voice with which he sings them: gentle, often introspective, and attuned to the quieter, slower-paced rhythms of small-town life. 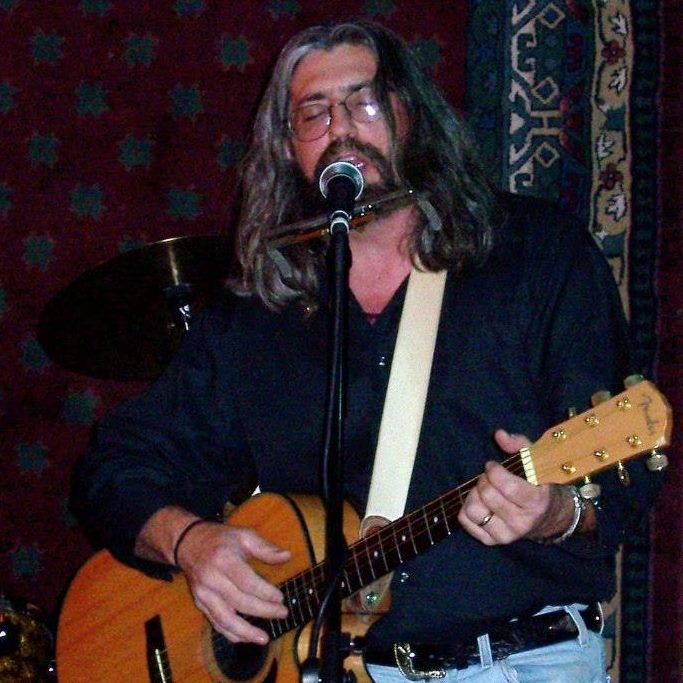 Randy Walker
web site
Randy Walker, who is known as Low Willie in the music community, is from Lincoln County, NC. Whether in a band format or solo, Low Willie is primarily a local musician, but also plays regionally as well. Low Willie’s fifth studio album, “As The Dealer Dealt” has just been released in May 2019. He’s returning for his sixth performance at The Showcase. 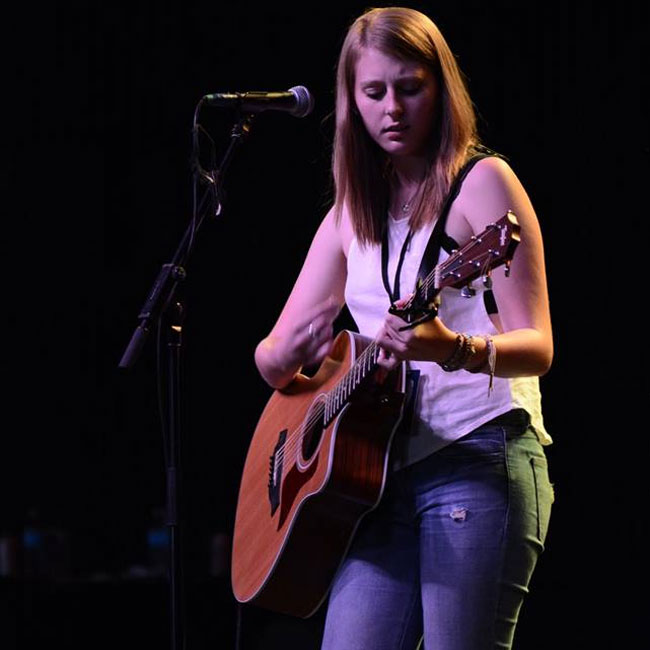 Sarah Sophia
web site
Sarah Sophia is a 23 year old Folk/Americana Singer-Songwriter. She grew up in Hopewell, a small town in central New Jersey, and is now based out of Winston-Salem, North Carolina. Sarah’s musical influences range through many different genres giving her original music a whole new sound and feel of its own. Some of her main influences include Joni Mitchell, Fleetwood Mac, Grace Potter, Brandi Carlisle and Jason Isbell.