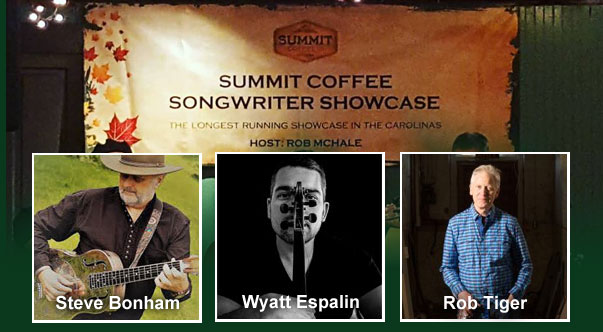 Summit Coffee, 128 South Main Street in Davidson, North Carolina is proud to present another session of the Summit Songwriter Showcase on Thursday, March 14, 2018 at 7PM. This milestone event will feature performances by Steve Bonham, Wyatt Espalin, and Rob Tiger in the round. Soundman Phil Murphy delivering the goods. 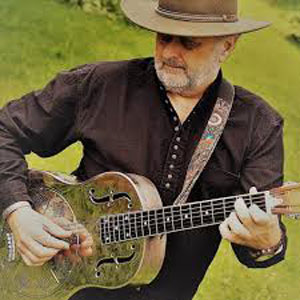 Steve Bonham
web site
Wide-brimmed hat. Long dark coat. Guitar slung on his back. 31 years on the road. A hundred thousand miles and half a thousand hotel rooms. From the Berlin Wall to the Atlas Mountains, from the Sahara Desert to the streets of Hong Kong, from the Appalachian Mountains to the frozen lakes of Ontario: a memory brewed in the long simmering soup of people and place. A man who has learned to watch and to listen, to walk and talk in the ebb and flow of meeting and parting. He is a chronicler of the human spirit in words and music. His is an intimate creativity – drawn from the direct experience that comes from getting dirt on your boots; dust in your eye and sweat on your brow. 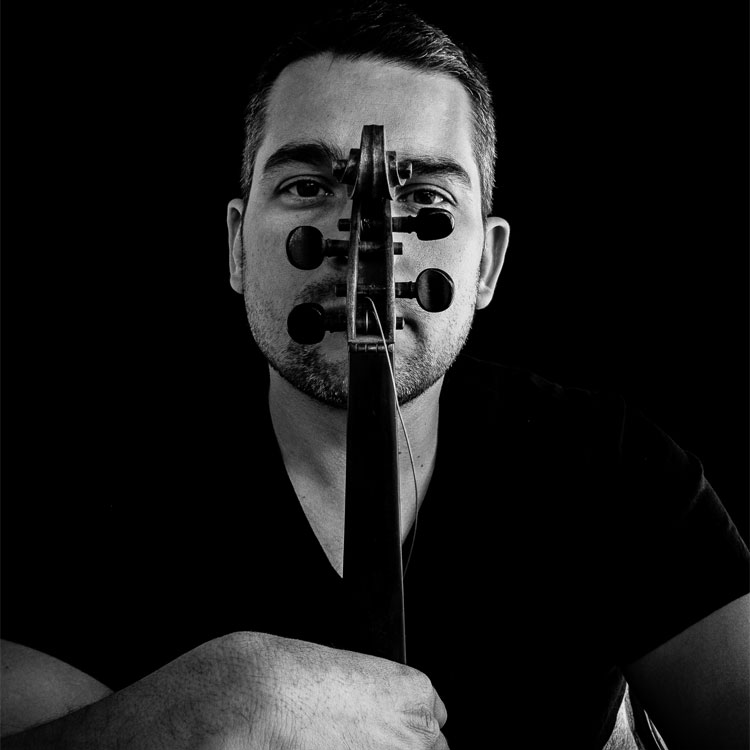 Wyatt Espalin
web site
Entertaining audiences in his hometown of Hiawassee, Georgia as early as age eleven, Wyatt’s passion for music was obvious, even from the barn room stage built by his grandfather. He and his brother Matt were known as “The Fiddling Brothers.” While Matt hung up his fiddle and bow after high school, Wyatt was just getting started. Armed with a guitar and a desire to write songs, he paired with Cobi Ferguson to form the acclaimed Americana duo, Trees Leave. Combining electric guitar with traditional bluegrass roots led to a noticeably unique sound and a growing fan base. Having years of touring under their belts and two successful albums, Run (2008) and The Gospel of Hurt (2010), it was time for Cobi to settle down, and Wyatt to find a new setting fit for a more personal level of songwriting. So alone began his sabbatical to the Ocoee, and his debut album, The Pardon, which in ten songs provides ten glimpses into breakups, burdens, colorful britches, and the light on the other side of it all. 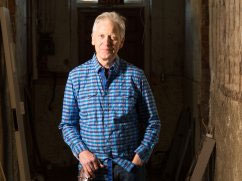