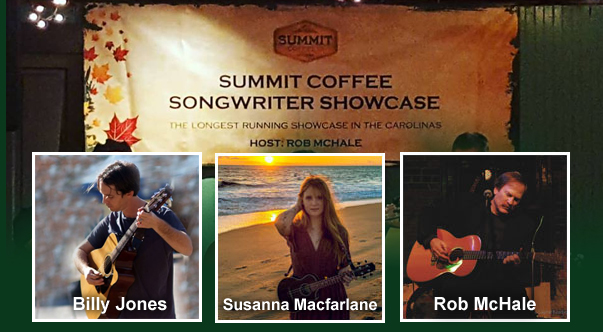 Summit Coffee, 128 South Main Street in Davidson, North Carolina is proud to present another session of the Summit Songwriter Showcase on October 3 at 7PM. This milestone event will feature performances by Billy Jones, Susanna Macfarlane, and Rob McHale in the round. Soundman Phil Murphy delivering the goods. 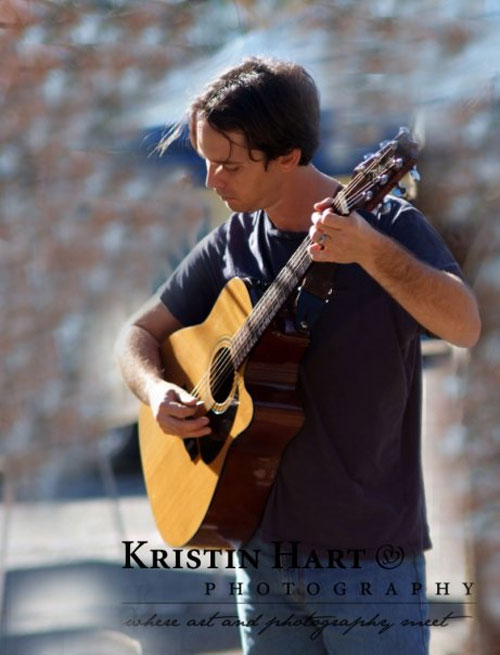 Billy Jones
web site
Billy Jones has been making his way across the Carolinas with a six-string and a suitcase full of well-crafted tunes for the better part of the last decade. Whether he’s performing solo or with in his dynamite trio, Jones always delivers with danceable rhythms and an intimate delivery that makes every venue a living room. Jones pens songs that reflect the deep musical roots of his native Carolina Piedmont. His ears are also tuned to a broader, global wavelength. Equal parts folk and rhythm and blues; his songs paint streetscapes of downtown Americana and offer reflections of a journey well traveled.

For Jones, playing live has always been his bread and butter. After hawking and honing his sounds for the last ten years, Billy Jones puts on a show that is as unique as it is memorable. 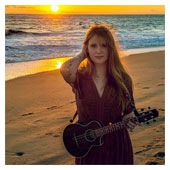 Susanna Macfarlane
web site
Susanna McFarlane is a North Carolina-born singer-songwriter and multi-instrumentalist with a powerfully melodic and finely-controlled voice, a love for writing, and a heart for music that have produced a repertoire of songs that are truly a pleasure to listen to.